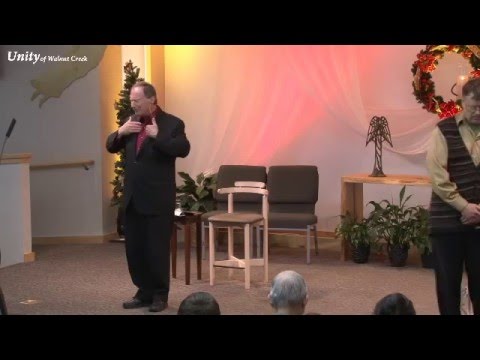 Our beautiful Christmas music and decorations take us back to amazing feelings which children experience as magic. My love of the spiritual Christmas has grown. I see a very powerful evolution of mankind. I see something crucial in the story that is the cause of the story—the awakening of consciousness, captured in the person of Mary—the willingness of the soul to receive.

In the Book of Luke the angel tells Mary what is to come. She answers, “I am the Lord’s servant. May your words be fulfilled in me.” There is a place so pure and deep within us we can describe it as “virgin”. It is beyond the mind. A place where there is a receptivity of higher purpose, a powerful movement within us. Open; open to this simple idea: within you is a receptivity. You receive from higher being direction which brings higher consciousness into the Earth.

Gloria had known a guy in high school only a few years back. About nine months after he had been murdered, she felt she should visit his family. They were decorating for Christmas when she knocked on their door. The last year of Gregg’s life he had spent hanging with the wrong crowd, a lifestyle where murder was not uncommon. His mother didn’t know if Gloria was one of them. But Gloria talked of how she and Gregg had their “first date” back in high school. How kind and attentive he was; how comfortable she felt in his company. Gradually, his mother remembered what a good kid he had been before his downward spiral into crime. She had a lot of guilt for not being able to keep him on the straight and narrow. As she and Gloria celebrated the memory of Gregg, her guilt healed. Why did Gloria go there? She hadn’t known Gregg all that well and certainly didn’t know his family. It took place because that young woman had been willing. She said yes. Something inside her told her to go. And a greater consciousness came to them all.