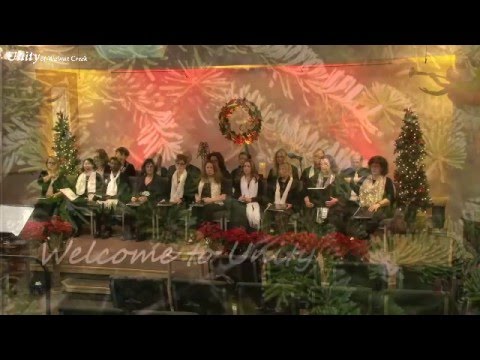 In this time we are consciously growing from the “eye for an eye” consciousness to a greater consciousness. I have studied the Edgar Cayce information on the Christmas story. I have no idea what really happened then and I do not say this is the way it was. Cayce said the Essenes had intentionally created a state of consciousness to bring in a soul capable of the change to the greater consciousness. They focused mind and body on a process of spiritual attunement. They trained their young women to be able to be the mother of the expected one. Mary started training at age 4, and by age 13 she was the most promising of the group.

One morning when Mary reached the top step of their temple, there was thunder and lightning and a halo of light illuminated her. Also in the halo was the Archangel Gabriel. He led Mary to the altar. I believe this is when she accepted God’s will, but it would be 4 more years until Mary fulfilled it. So Mary’s training intensified. She not only would be the mother but the first teacher of the one who would become the Christ.

Later, when Mary and Joseph were turned away from the inn, it was because the innkeeper felt they would not have any privacy there or be safe, as Essenes drew more attention from the officials. This shows me the story unfolded because of people’s choices and intentions, not because of intervention from a descending cloud. It is my experience that’s how consciousness enters the Earth.

Rick, at the young age of 38, passed just a few weeks before Christmas. The family made a small altar with his photo to keep his presence alive through the season he had so loved. Christmas Day was hard on the family. His mother was on the edge and she asked her husband to turn off the radio. But it wasn’t on! They couldn’t find anything playing in or outside the house. They traced it to his altar. It wasn’t traditional recordings, but Christmas-like beautiful, ethereal music. Then Rick’s Mom said, “We have to turn on the radio!” It was playing “I’ll be home for Christmas.” They realized there was a connection where they had felt only great separation, a connection created by their choices and desire to be connected. We create connection by the choices we make.