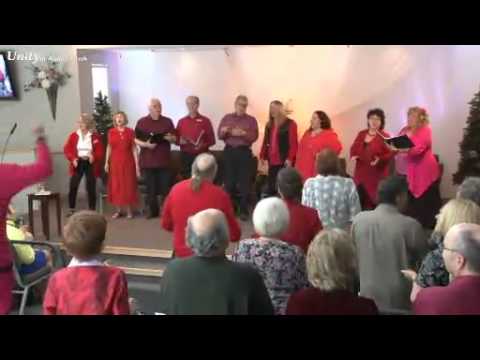 Today we’re talking about a sacred experience between 2 people, that beautiful relationship which happens with couples. It comes from that simplest understanding that God is love, and when we experience it we experience God. It changes us and the way we perceive. We see the other through divine eyes. It is a unifying power.

Told that if he’d survive at all he’d be a quadriplegic, a young man fixed his eyes on his wife and mouthed the words, “Maybe we should let me go.” She replied, “I will support whatever you decide, but I am in it for the long run.” The next words she spoke gave him his life back. “You’re still you. I love you.” He mouthed, “This is way beyond ‘in sickness and in health’”. It was Christopher Reeve—Superman! Their love went beyond their vows. She saw him and he saw her as they really are.

Perhaps the most profound statement found in the Bible is “He who is without love is without God.” Love is greater than even marriage. In the most hostile climate of northern Scotland Peter and Eileen Caddy were known for their beautiful gardens. Years later I contacted Peter. He had a new wife and child in Hawaii! He explained that Eileen’s purpose and his had changed. Love doesn’t own. It releases when the connection doesn’t serve the soul’s growth. It doesn’t mean that love is not there and vibrant. It is part of love—letting go.

An ice skater from the age of four, Ekaterina Gordeeva was partnered with Sergei when she was 11, he 15. They skated as a pair for the Soviet Union and in 1988 took Olympic gold in Calgary. Their partnership blossomed into love, and soon into marriage and a beautiful baby girl. In Lillehammer in ’94 they again took the gold. The next year, while they trained in Lake Placid, Sergei collapsed onto the ice dead from a heart attack. He was 28.

Ekaterina was not sure she could skate without Sergei. But at the stadium for his memorial service she felt Sergei’s presence right there beside her. Hearing her coach say, “just trust Sergei” she skated to the music they had used to win the gold. She said she never felt so much power. “I didn’t have a thought in my head. It was all in my heart—my soul.” She later spoke of how they had agreed to smile at each other every day, and every day to say one extra time, “I love you.”