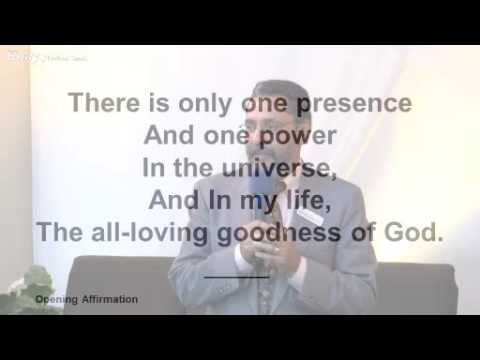 The Reverend Carlton Pearson led a Fundamental Christian parish of about seven thousand. One Sunday he announced he no longer believed in hell. He had a new belief, a new teaching. This was his deep conviction, but soon his associate minister left, his congregation left, and even his wife divorced him. What could he have discovered for himself to be so willing to do this?

One version of Reverend Pearson’s story says he was at a conference where someone told of a 12 year old boy who ran into a burning building to save his baby sister. When he brought her out he was on fire, but only after seeing his sister was safe did he drop to the ground, and die. The minister telling the story lamented, “What a shame he’s going to hell” because the minister hadn’t had a chance to “save” him.

But I believe Carlton’s epiphany came at his Grandmother’s deathbed. She had devoted her life to helping the people in her community, and he loved and admired her for it. As she lay dying she confessed she was afraid to die, that she new she’d go to hell because for years she had spent her Fridays gambling at the penny slots. Carlton knew there could not be a God who would do that. This was his epiphany.

Our elder brother Jesus NEVER said hell is a place you go to when you die. He never said heaven was either. He said heaven is at hand—it’s right here. You don’t have to die first.

He said the kingdom of heaven is within us. Heaven (and hell) is a state of consciousness. Hell is experiencing anger, fear, hatred, violence, etc., often expressed through criticism, condemnation, and judgment. Because they are states of mind, you can have heaven one day and hell the next.

In Unity we say thoughts in mind produce their kind, but we’re not talking about every single thought that runs through your head. We’re talking about those you focus on. The energy you focus. We contribute to the consciousness we see in our lives and in our world. If… – Captured Live on Ustream at http://www.ustream.tv/channel/unity-center